Things these days are different for 1976 U.S. Olympian Jim Warden. As a netminder turned assistant coach, he lived the game. Now, he admits he’s not a regular watcher of hockey – though he finds time to tune in during the Olympics and to watch his alma mater, Michigan Tech.

Yes, Warden admits, he’s easily found a life outside of the crease; but still there, strong as ever, are the memories that area created for him.

“Hockey was my life for many years and makes up the fabric of who I am now,” he writes. “I cherish every memory as I grow older.”

Warden could write a book on his time with USA Hockey and the bonds and memories formed. He graciously crafted this letter to share with our community.

To USA Hockey Alumni and Friends,

I rarely get to talk hockey, living in the mountains of North Carolina. Right now I feel like a retired preacher who is asked to give a sermon after 25 years of rocking on the porch, but I am excited to talk hockey once again.

I call Wilkesboro, N.C., home, nestled in the foothills of the Blue Ridge Mountains. My time is spent working sales with Champion Buildings. If not there, I am playing golf with my dear friends at Oakwoods Country Club. Beyond that, most of my time is spent being a father, husband and caretaker of our family. I am blessed with good health and a wonderful wife, and I enjoy all that life is about.

For me, a large part of that life was hockey.

All of it was a good run for a kid from southern California.

Putting that USA jersey on for the first time is something that I’ll never forget. Bob Johnson was leading the U.S. team into the World Cup of Hockey and was looking for a solid netminder. At the time, I was playing regularly as a freshman at Michigan Tech. Badger Bob asked coach John MacInnes if I was available to play. I am so grateful he never gave me an option. Coach MacInnes told me that I was going to represent my country, and reminded me what an honor it was to do so, not only for me, but for Michigan Tech, too.

That was also the beginning of my relationship with Bob Johnson. I could go on forever and tell a million stories about that man. I am eternally grateful for whatever it was that he saw in me. Bob was a bit quirky, but he was so passionate about the game. He breathed it dawn to dusk and I’m sure in his sleep. I played for him on the 1975 U.S. National Team, which led to the 1976 U.S. Olympic squad.

Playing in those ’76 Olympics is where I learned some of the most valuable lessons that this game has ever taught me. I learned that sometimes it is your day in the sun, sometimes it’s your opponents’. Not too many people realize that we were one period away from winning the bronze medal after defeating Finland, 5-4 – a game where we were heavy underdogs. We were down 1-0 going into the third period against West Germany, the “home” team with the Olympics being held in Innsbruck, Austria. In those days, the tournament was designed where all we had to do was earn a tie to capture bronze. On that day it was Germany’s day in the sun – we lost 4-1 and it was truly agonizing.

I went on to play for John Mariucci on the 1978 U.S. National Team in the World Championship – the first year that they were open to professional players.

My last time putting on the jersey for Team USA was in 1979 for the World Championship. I was chosen by Herb Brooks as the “professional” goalie to help prepare his team for the 1980 Olympics in Lake Placid. The other goalie was some kid from Boston University named Jim Craig. Herb got what he was looking for during those World Championships as Jimmy Craig played exceptional in his baptism of international hockey, and Herb’s system worked. We were competitive in every game and the college kids were instrumental and an integral part of our success – they won gold one year later after all.

I guess, in summary, it’s the players that I played with that I look back fondly on. My fellow Americans fighting and clawing during that era of NHL and Canadian dominance and the rise of the Russians – my teammates and coaches are what I remember most.

It was an honor to play with them and for them, and being an Olympian is truly a lifetime honor. 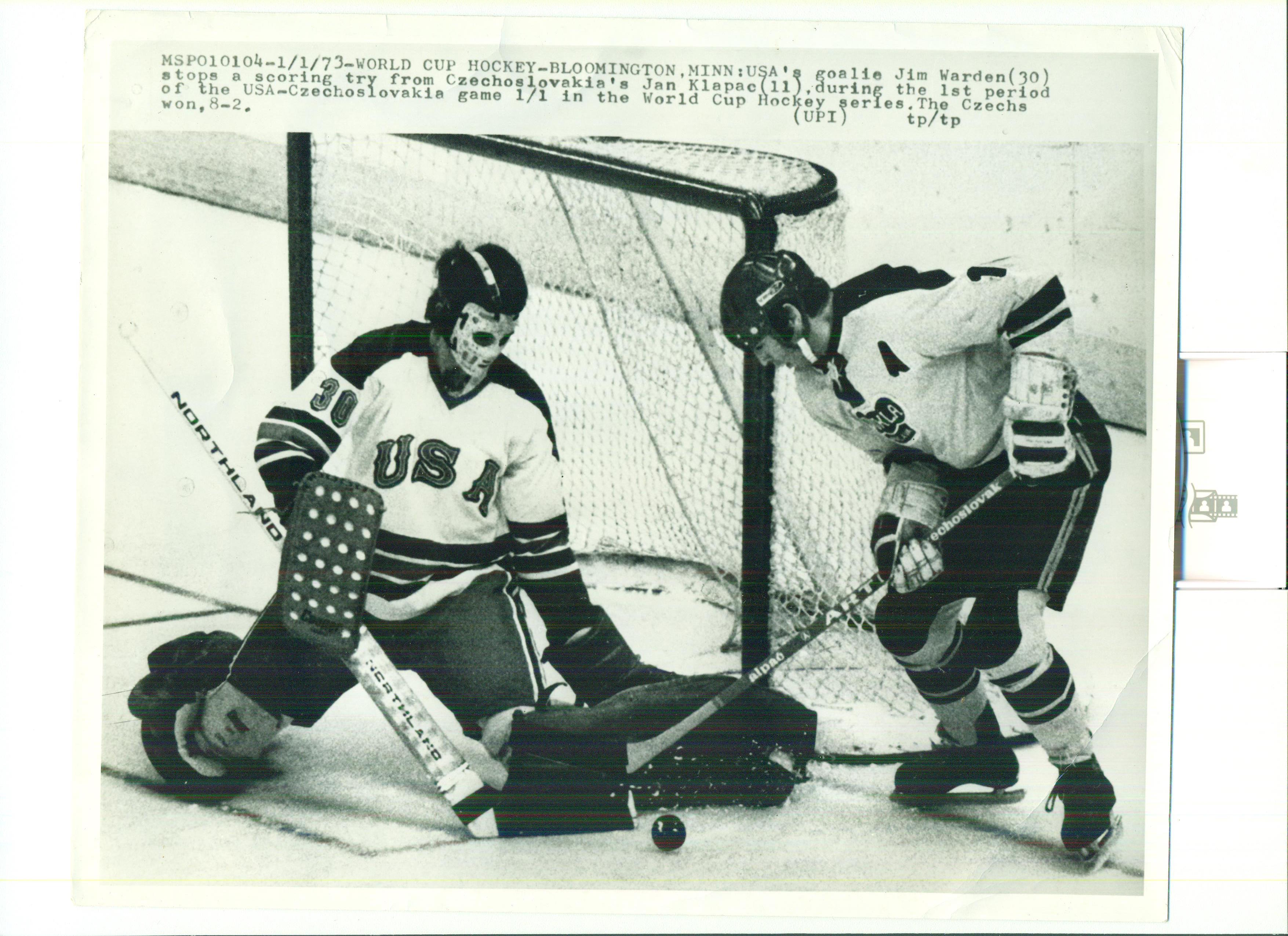